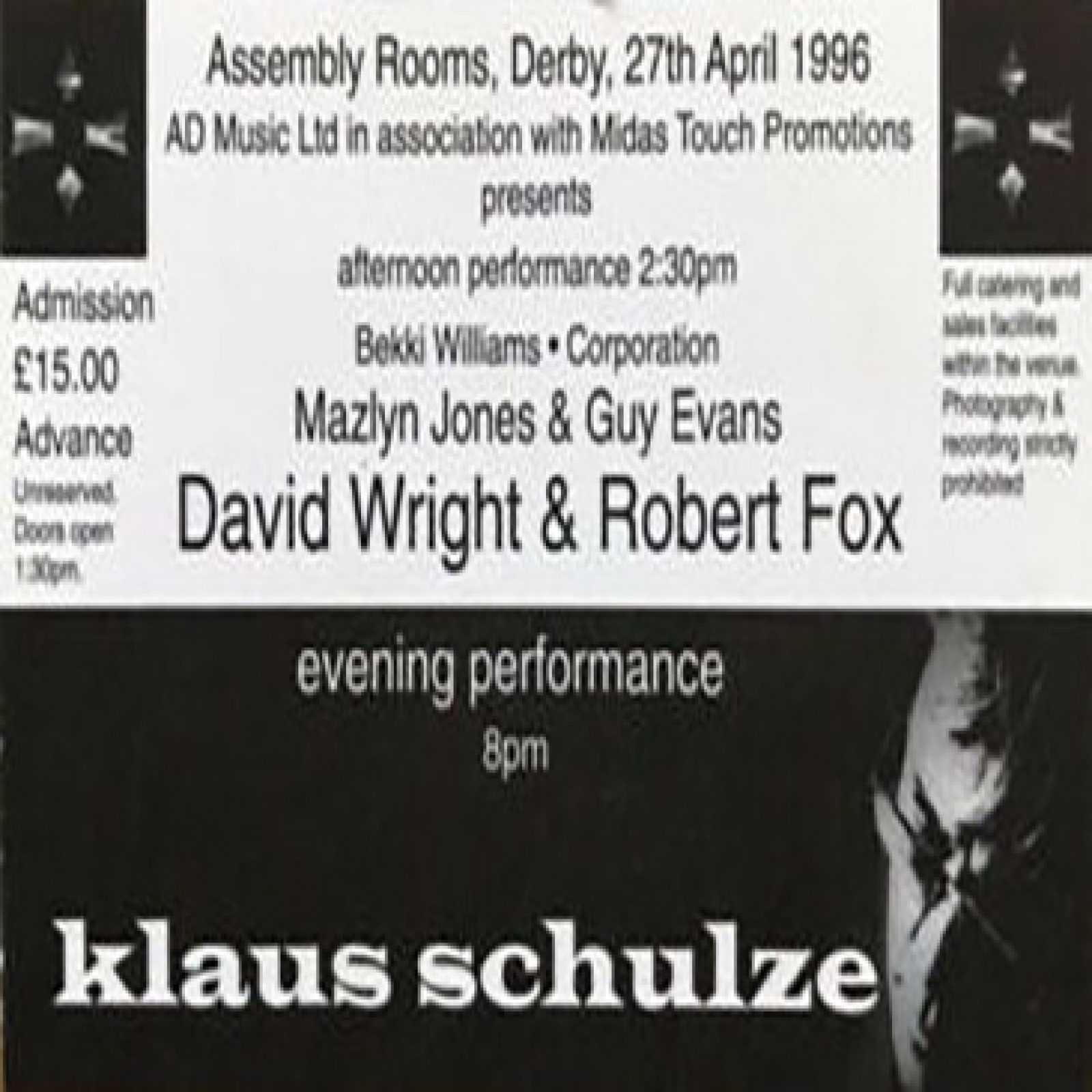 AD Music will re-launch itself at its festival in Derby.

Witchcraft releases its beautiful and gothic album, ‘As I Hide’. It subsequently becomes one of the most critically acclaimed albums on AD Music.

Bekki Williams releases her classically influenced ‘Elysian Fields’. It will become an instant classic with fans and critics alike. And gorgeous arrangements, beautiful melodies and striking themes will define her unique style. This results in Bekki joining a small but elite band of female artists on the electronic music scene.

Jan Hanford is the third USA artist to join the label and the second female. Of her stunning debut album, one reviewer writes: “Vespers is rich, contemporary and full of emotion. Each composition has a distinctive edge and sets Jan’s music apart from the rest”.

After 18 months working in four studios, Code Indigo’s seminal album ‘For Whom the Bell’ is finally released. It is the only album to feature the original line up of David Wright, Robert Fox, Nik Smith and Vaughn Evans.
Fun fact 1: Cubase Audio in conjunction the Yamaha CBX was introduced 1993. So Code Indigo was one of the very first users of this system.
Fun fact 2: There were so many problems using this new technology that the final mastering took 8 months. This resulted in David Wright and Vaughn Evans adding a lot of samples ‘post production’. Consequently, the technical problems did have a positive outcome.
Fun fact 3: The problems the band encounter using the early Cubase VST result in David Wright switching to MAC and Logic.
Fun fact 4: David Wright & Robert Fox instead of Code Indigo on the festival tickets was an error. 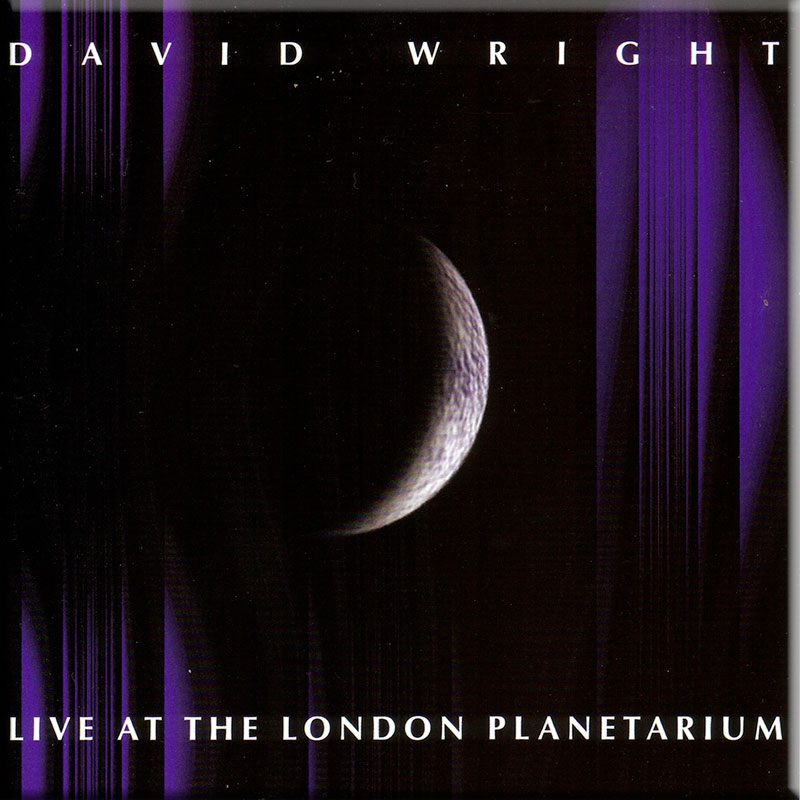 David Wright’s released his first live album, ‘Live at The London Planetarium’. However, the album does actually include music from both the 1995 London and the 1996 Berlin Planetarium concerts.

David Wright with Nik Smith on guitar, performed at The Berlin Planetarium in May as guest of Mario Schonwalder and Detlef Keller of Manikin Records. Consequently, the musicians become great friends and subsequently support each other on many more occasions. 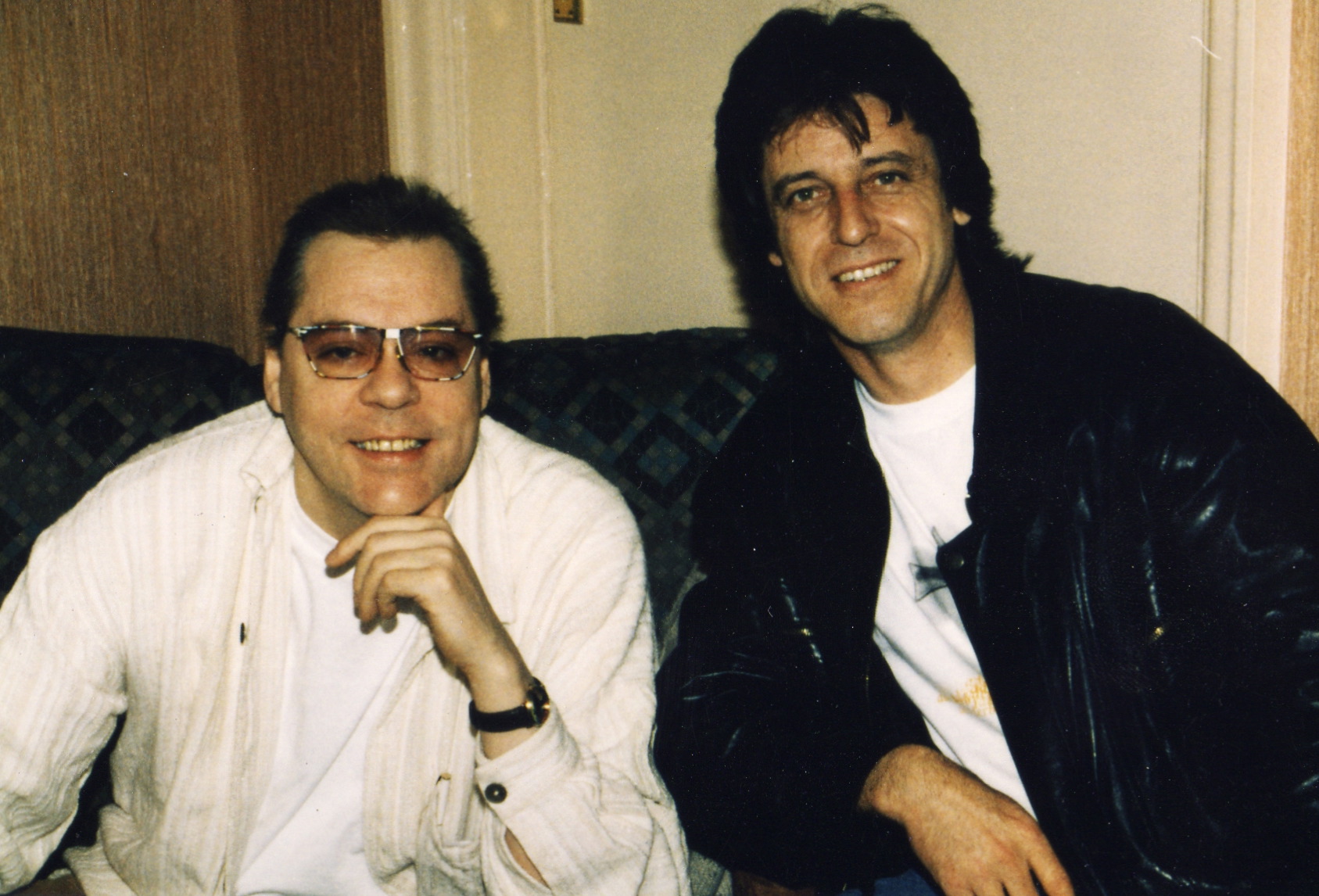 AD Music will officially launch at The Derby Assembly Rooms with its first music festival. Most importantly, thanks to David Wright’s connection to the master of electronic music, the event will be headlined by the legendary Klaus Schulze. In addition, Code Indigo, Bekki Williams, Chris Harvey and Mazlyn Jones & Guy Evans also perform to 1000 fans. The event is a huge success. Midas Records also deserve recognition for their help with promotion of the event. Les and Cathy May were stalwarts of the UK electronic music scene in the 1990’s. They owned a popular electronic music shop in the Arcade in Derby. It’s unlikely that anyone connected with the electronic music scene in the 1990’s hadn’t come across these two wonderful people. They have both long since passed away but we have only the fondest memories and sincere gratitude for all they did for the UK em scene. Also a big thanks to Ashley Franklin of BBC Radio Derby who was master of ceremonies on the day. 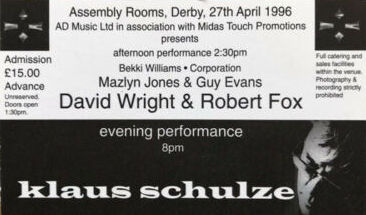