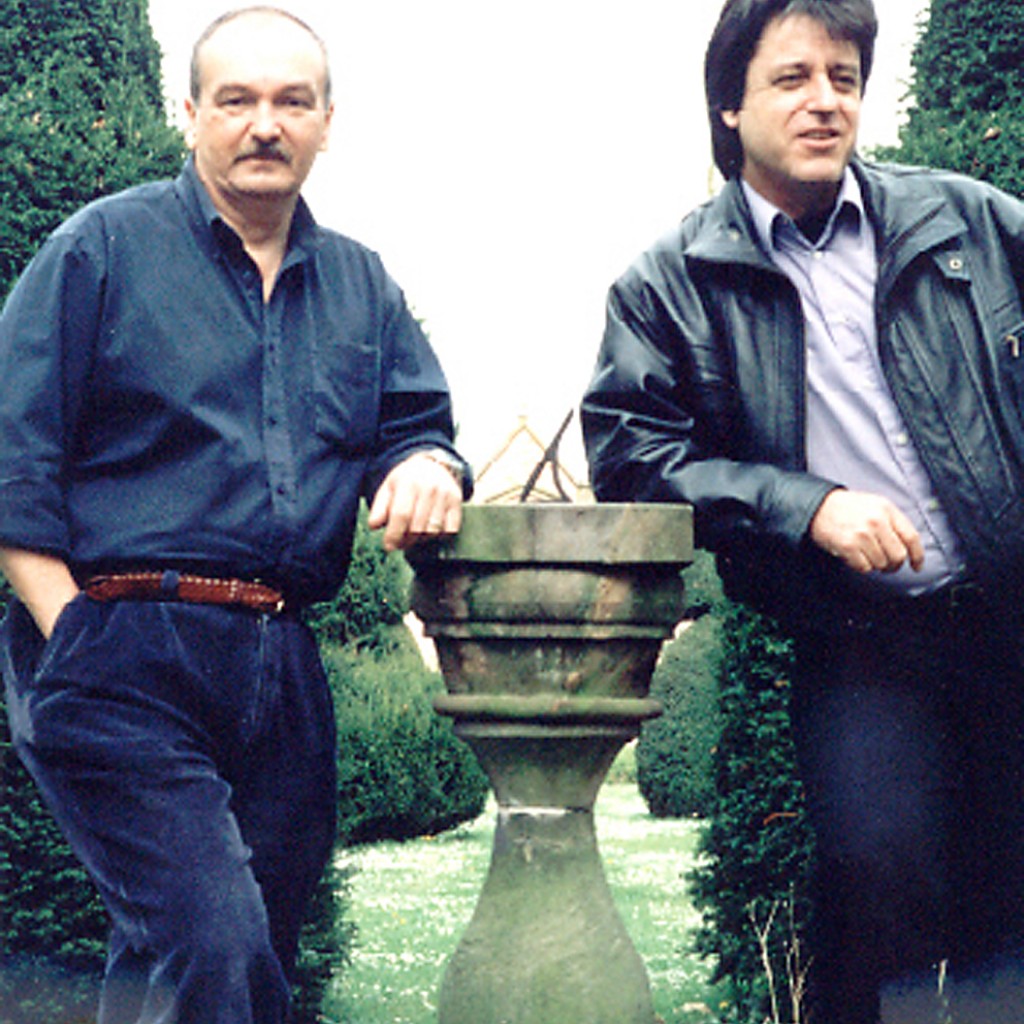 The story of AD Music thus far is the story of David Wright. But there are other artists who were to become synonymous with the Label. One of the most well known is Robert Fox.

During 1991 and 1992 Compact Disc Services in Dundee, run my Dave and Moira  Shoesmith, was one of a number of UK ‘go to’ outlets for the best electronic music. It had also become a key outlet for the music of David Wright and Robert Fox.
Robert had released his debut album ‘Asfafa’ on his own FX label in 1991 to critical acclaim. He had endured the same trauma as David – he had just lost his wife, Jillian, too cancer. So Dave Shoesmith arranged an introduction of the two musicians at Robert’s home, Trevalyn Hall, in Rossett.
So began a friendship that, despite its creative up and downs, has endured for 30 years.
In 1992 Robert released his second album ’The Fire and The Rose’. Again, fans and critics loved it and early conversations began on merging the two labels.
The first two RF albums were re-released on AD Music more than a decade later, such was their enduring popularity.

The period 1990/93 had seen David Wright and AD Music gain some prominence on the European electronic music scene. David had ensured a presence at festivals, like Klem in the Netherlands, to continue to promote his music. Magazine like Dreams Word, Voyager, Eurock, Synthesis, Lotus Records and Ultima Thule were promoting synth music. And radio stations like WXPN and Echoes helped raise the profile in the USA.
Lifelong friendships began with many artists like Ron Boots, Ian Boddy, Andy Pickford, Richard Bone, Fred Becker, John Dyson and Jonn Serrie to name but a few. This period also laid the foundations for many professional connections like John Diliberto, Wade Gordon, Chuck van Zyle, Les and Cathy May, again naming but a few.
1993 saw the release of David Wright’s ‘Ocean Watch’, which contained the experimental ‘Beyond the Airwaves’ epic. This year also saw the release of Robert Fox’s 3rd album, ‘Blue Mountains Suite’, considered by some to be his finest work. This was to be the last release on his own FX label.
It was also during 1993 that David began taking his music out on the road, expertly assisted by guitarist Nik Smith and keyboardist Vaughn Evans. David performed early events in London, the south and the midlands with Ash Prema, Andy Pickford and Vietgrove (Norman Fay), amongst others. These were often club, sports hall or pub venues, like the Flowerpot in Derby.
David and Robert also began writing music together, the first composition being the aptly named ‘Meeting at Trevalyn’. Conversations began about a potential collaborative concert and album in 1994…
One of the reasons for the success of early UK electronic music, besides there being more magazines at the time, was local BBC radio. The most influential of these were Ashley Franklin at BBC radio Derby and John Shaw at BBC radio Nottingham.
It was in the latter part of 1993 that David met David Mantripp, who would become his AD Music business partner.
All these threads would pull together in 1994/95 and combine to set the wheels in motion for the long term future of AD Music.
Tagged as best electronic music, David Wright, Robert Fox.