AD Music was established in 1988 by brothers Andrew and David Wright, hence “AD Music”. Both had a keen interest in music, working on Atari computers, a few keyboards and limited technical expertise. Music was fun then and younger brother Andrew went on to become a chartered Surveyor, despite his obvious musical talents. However, David gave up his NHS career and embarked on a career in music after the death of his wife in 1989. AD Music subsequently became a vehicle for his music and has grown to become a respected independent record label. 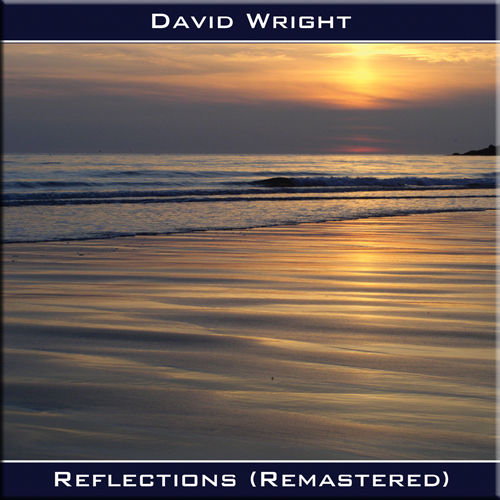 Following David’s personal tragedy he wrote the album ‘Reflections’, dedicated to his late wife ‘Tricia. The music and the writing process was a cathartic release of emotions. David had been in correspondence with Klaus Schulze since the mid 1970’s and at his request sent the music to his manager KD Mueller. The rest, as they say, is history. Mueller sent copies of the cassette to numerous synthesizer music outlets for review and the response was overwhelmingly positive. Mueller wrote in a USA magazine; “Of all the demos I have received this is the only one I liked and still like”.

The reaction was a complete surprise to David Wright. He found his ‘cassette only’ release in great demand, even with the initial ‘basic’ artwork. In fact, David later admitted that, looking back, he hadn’t even considered ‘Reflections’ for release, events just “took over’“.

David composed two more cassette albums, ‘Romancing the Moon’ and ‘Waiting for the Soundtrack’. Both were full of romanticism and helped the artist define his early melodic style. With hindsight, these early releases lacked the technical expertise of many of his contemporaries. But they showcased an emotional and creative depth that would endear him to many em fans.

David released ‘Marilynmba’  and ‘Between Realities’. Both were recorded at Keynote Studios in Surrey and were engineered by Paul Travers. They catapulted David Wright into the electronic music scene as a serious artist. ‘Marilynmba’ in particular gained considerable status and has become one of AD Music’s best selling albums. The albums have been re-released several times over the years with different artwork.

Up until now, AD Music had been about David Wright. But in the Autumn of 1992, Dave Shoesmith at Compact Disc Services was to connect David to another newbie on the em scene – Robert Fox. And everything was about to change!