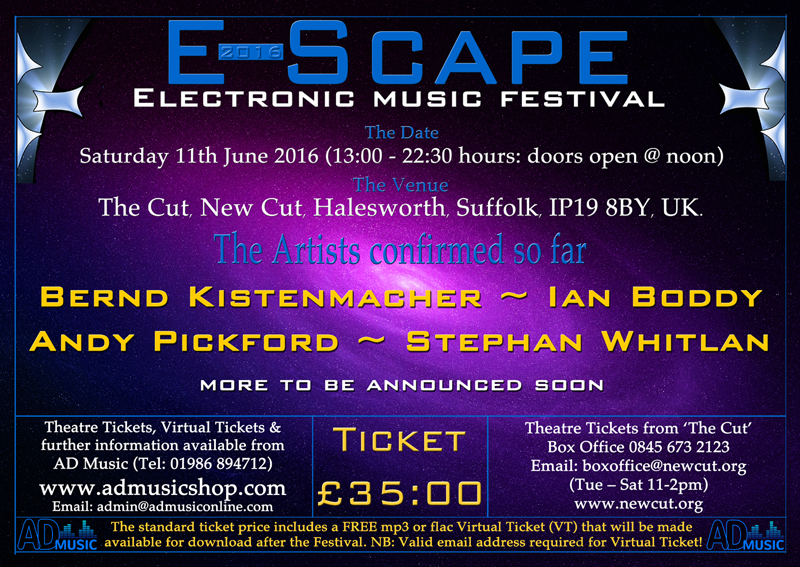 We’re pleased to announce that Bernd Kistenmacher will be performing his first ever  UK concert at E-Scape in 2016.

Bernd has been on the EM scene since the early 1980’s and we’re delighted he has agreed to join our E-Scape 2016 party with Ian Boddy, Andy Pickford and Stephan Whitlan already confirmed!

We’re still finalising the complete line up and we hope to have that done by end of September.

Tickets are available to order here.

We’re also looking into the practicalities of providing the Virtual Ticket Audio on a USB memory stick for those who would prefer it to a download. There would however be an additional cost for this, ie the cost of the memory stick. More news on that when we have it.