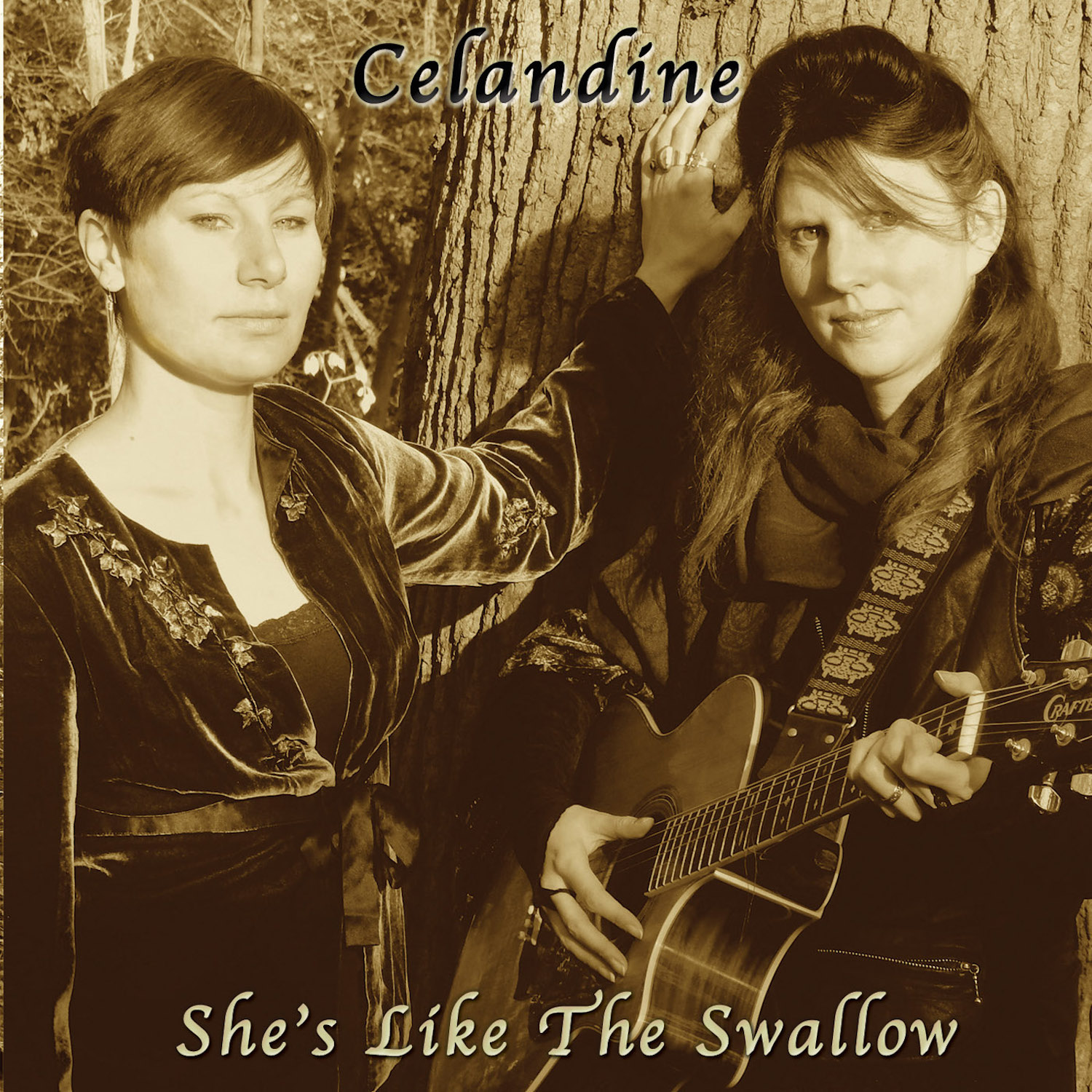 Code Indigo vocalist Carys, who also provides ambient vocals on David Wright’s music (she’ll be appearing as part of the ‘David Wright and Friends’ concert in Bochum later this month), has a debut album released this month as part of the folk music duo ‘Celandine’.

‘Celandine’ consists of Carys, Rosemary, and a guitar (unnamed). Both classically-trained vocalists, Carys discovered folk and folk-rock after being dragged to a Fairport Convention gig back in 1996, whereas Rosemary advertised for someone to sing folk songs with in late 2010, and didn’t realise what she was letting herself in for until it was much too late.

‘She’s Like The Swallow’ is released on 21st August 2015 and available to pre-order from the AD Music shop, where you can find more information and sound bites.

Here are details from the official press release.

‘She’s Like The Swallow’ is the debut album from Celandine, the Suffolk based folk music duo consisting of Carys and Rosemary (and an unnamed guitar) who perform their own music and arrangements of traditional folk songs and covers.

The choice of songs on the album is both varied and clever. From the re-working of classic originals like ‘The Sounds of Silence’ to mash-ups of traditional songs like ‘Horseback/Fair’ and beautiful self penned tracks like ‘One Single Raindrop’, Celandine have an impressively deft touch that is both involving and rewarding.

‘She’s Like The Swallow’ is an uncluttered, ‘up close and personal’ folk music album that beautifully showcases the emotion and magical harmonies of this classically trained duo and is sure to find favour with a wider folk audience.

Fans who have seen Celandine live on the Suffolk folk music scene will be delighted with the music on offer here. New listeners will be easily and quickly captivated by their unique sound and style.

‘She’s Like The Swallow’ will be released at FolkEast on 21st August 2015.